The creation of a film, like any journey begins with a vision. When we began principal photography on May 30, 2013, just over two years ago, (the speed of light for a doc film,) and though I didn’t know Coach Calhoun very well, I sensed it was going to be an incredible journey. And it […] 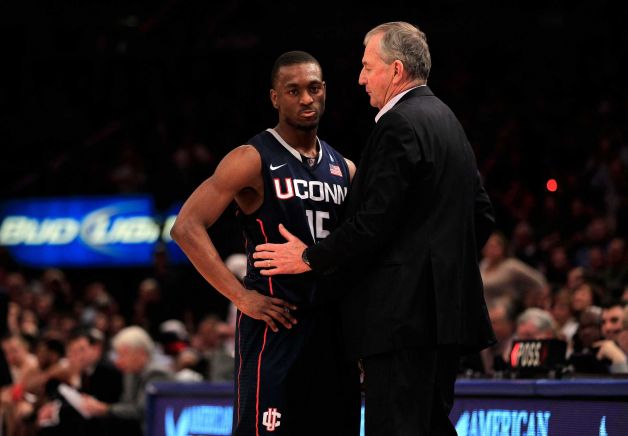 One of the biggest challenges in producing the documentary Born to Lead: Jim Calhoun was figuring out how to tell the story of Calhoun’s record seven Big East Championships at Madison Square Garden. With ESPN/ABC charging close to $13,000 per minute for footage, we had to be very selective in choosing the critical film clips. […] 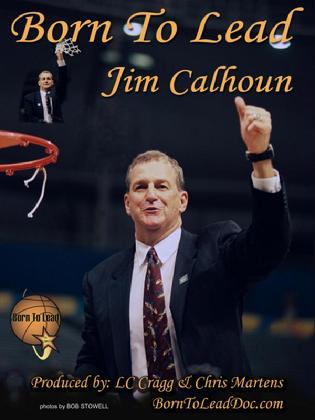 June 3 – Born To Lead: Jim Calhoun   USA – Followed by Q&A with producer Lauren Cragg and meet n’ greet and refreshments in the theater lobby. Born To Lead provides a unique inside look into the forty year coaching legacy of UCONN Huskies Basketball coach: Jim Calhoun. It exposes a much broader view […]

At 15 ½ years old, Jim Calhoun lost his father to a sudden heart attack. That event forced him to become the man of the house and help support his mother and five brothers and sisters financially and emotionally. It can be argued that his father’s death planted the seeds of a life dedicated to […]

During the Jim Calhoun era, UCONN was one of the leading programs in the country at producing NBA talent. Currently there are nine former Connecticut players on NBA rosters, 31 who have been drafted, and more than a dozen lottery picks – Emeka Okafor, Ben Gordon, Ray Allen, Rudy Gay, Donyell Marshall, Richard Hamilton, and […]

I started working at ESPN in 1988 two years after Jim Calhoun took over the UCONN basketball program. Over the next 25 years our paths never crossed. When Jim retired, I contacted a mutual friend who had organized many of Jim’s charitable endeavors and asked him to set up a meeting with Calhoun to discuss   […]

Chris Martens will be on WTIC at 6:35PM tonight with Kevin Nathan discussing all things Born to Lead:Calhoun as we prepare for the Amazon launch of the DVD next Thursday. Content includes Coach K saying ‘Calhoun was the best college basketball program builder in history’. Also a story from Calhoun’s wife, Pat, hiding the car […]

So many thanks for the positive responses to not only the Premiere, but the airings on CPTV. Tonight(11/17/14) is the last scheduled airing in November, if you haven’t yet please tune it to CPTV at 9pm. Will let you know if there will to be more airings in December.

As a first time Doc producer, this has been an amazing journey. Our access to never before seen Calhoun photos and footage has been inspiring, emotional and energizing. To think that perhaps all this information about his journey, underdog determination, relationships with press, players, rivals and tough love leadership may have been never shared without […]